I am also experimenting with interactivity with these stories, and am looking for ideas on what else to do! The story that is currently included has some interesting interactivity available. There's also a wrestling mini-game to play! It's more like a randomized puzzle at this point, but it is the basis for what could be a fairly deep turn-based fighting game.

Please leave comments with your feedback! Also, you can hang out with me on Discord here: https://discord.gg/gqa2C4M

I'm a sucker for any kind of frame story involving a magical library, and  what you do with it is super fun. Allowing the player to, ahem, inspect things in the contained story is surprisingly hot, and I'd love to see more of it.

Aw, thank you! This really makes me want to update it. You might have noticed it hasn't been updated in a while. However, the short story you read in there has actually been expanded as a chapter in a larger story that I'm working on, and has been revised a bit as well. I should work on updating the story and maybe adding new chapters!

The rest of the story isn't quite so simple... It deals with some darker and more violent themes, though there are definitely more sexy parts involving the two characters. The story isn't available to read anywhere else just yet, but this could be the first place it goes. What do you think? Would a longer story that isn't strictly erotica be nice to have in the Archive?

Your erotica is great, but I actually found Dream Archive through playing Undies, and Wind's scenes with Willow were just as enjoyable as Fire's sexytimes. Even the weird Harvester reference section was fun! (... what's up with that?)

What I'm saying is that I'd be happy to see you take this in any direction you feel is right! That's not very helpful, sorry. Playing Undies after trudging through a lot of the other yuri-themed games on this platform was such a pleasant surprise, and it was sad to see that your games seemingly didn't find an audience when you posted them. I'd just really like to see more of your work.

Well, that certainly makes me want to keep adding to the Archive!

I'm also interested in your feedback regarding Undies. I'm glad you recognized the Harvester thing, heh. I don't know why I went with that, but I guess part of it is I want to emphasize that literally anything is possible for them.

I really like Wind and Willow too! It's the most similar to some of my other romance/erotica stories, light and cute.

Do you think you could describe what was different with Undies compared to other yuri-themed games? Did you enjoy the combat and crafting mechanics at all? The whole clothing and exposure system is something I want to continue building on, either in this game or others.

This turned out to be kind of a long one, but here's what made Undies stand out to me, as well as my thoughts on it:

Altogether, I'm kind of reminded of the first game in the Hyperdimension Neptunia series. I sank hundreds of hours into that game's combat because I felt attached to the girls, and because it was a fun system on top of that. If you haven't played that game, you might enjoy it! I'd recommend skipping the sequels, though.

The combat and crafting in Undies seemed overwhelming at first, but I ended up spending a couple hours with them and enjoying them a bunch. Fights feel quick and lethal, which can be frustrating (it's so easy to die even on the first adventure map!) but also encourages thinking about party composition and equipment. For example, I've found that I like Water as a Conjurer with a lot of agility--getting to cast Wide Barrier right away often lets the team tank a hit that would usually kill at least one of them. One extra turn of damage dealing is frequently the difference between defeat and victory.

The gambling gets kind of frustrating, though, especially as you can only cash in one gem at a time. Maybe some sort of... cleavage funnel would help? More generally, balance and progression feel all kinds of off right now, but I think that's to be expected in such an early build.

The lack of a mana resource also makes some skills feel kind of useless--why ever cast single-target spells if the multi-target version deals just as much damage? Why ever cast Shallow Grave again once I have Shallow Grave 2?

Your take on the exposure mechanic is novel. I'll admit that I didn't engage with it a whole lot even as I kept getting my ass kicked by Halberdiers, but I still have some thoughts on it. I've seen superficially similar implementations in other games, but usually only as a means of titillation, or as a straight buff or debuff, applied the same way to all characters. That sort of thing works for a while, but I find that I either become numb to it (regarding titillation) or that it just becomes another constant in my mental combat math.

Tying the effects to a character's skills, like in Undies, has a few neat effects:

If you'd like to talk more without filling up your comments section, let me know and I'll add you on Discord!

It just sounds like you're the perfect target audience for this game! I'd love to discuss more via Discord! I'm Winterfeed#1025. 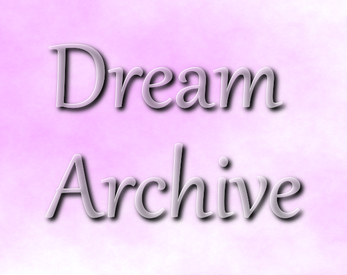