This is a demo for a turn-based 2D demake of Phantasy Star Online as it appeared on the Gamecube!

It's currently single-player only, though I may end up implementing a local co-op plug-in for that old school split-screen experience!

This demo includes all Techniques available in PSO, plus some new ones that emulate the effects of getting higher level techs! It also has nine different weapon types with five tiers in each. There are five tiers of each type of armor as well.

Forest 1 and 2 plus the boss are playable, along with the first of several quests, Maximum Attack 1.

Originally, the game used mostly stock graphics and sounds, but I quickly realized that the experience was greatly improved by having PSO sounds and music and enemy graphics, so I'm glad I took the time to finish adding all that in before releasing the demo. Not everything I plan to include is in yet, however.

This is just a demo showing off the game mechanics and the first of four areas. I plan to recreate all of Episode 1, hence the title. I do not intend to include storyline quests, or most actual quests, for that matter. Some may be based on existing popular quests, some may be all original.

There are many more features that need to be implemented, including units, Photon Blasts, MAG evolution, weapon specials, and SPECIAL WEAPONs.

One day I may convert it into a true local co-op version of PSO complete with character creation, Episode 2 and maybe even Episode 4. But right now the goal is to complete Episode 1 and get all the remaining features in.

For more on current and planned features, please check out my first Devlog for this game here! You can reach me on Discord, too: Winterfeed#1025. I now have a server dedicated to readers and players of my games, join it here: https://discord.gg/gqa2C4M

Controls: On the Windows version, keyboard bindings can be modified in the game options. Here are the default controls:

Dash - Shift (can be made always on in options)

Full screen - F4 (browser mode retains default resolution for me, let me know if it's different for you)

UPDATE: Browser version is available now! It works on mobile too (only Google Chrome tested)! First-time loading can take a few minutes. Saves are shared with other RPG Maker MV browser games. Download version is for Windows, please let me know if you need a Mac or Linux version (these tend to be buggier and I have no way of testing them).

Sega and Sonic Team - For creating PSO and for various assets used in this game. 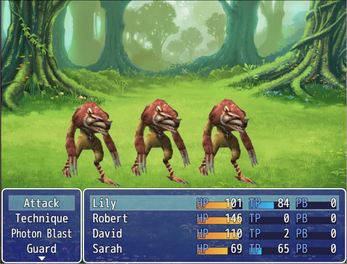 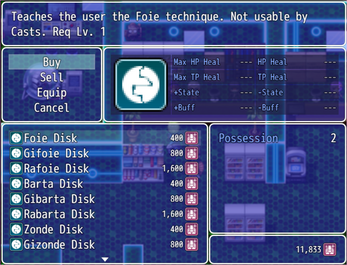